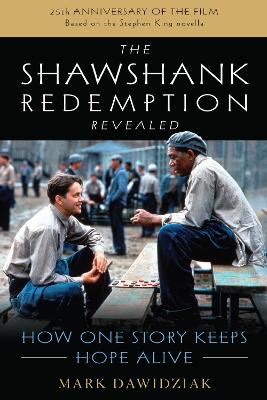 The Shawshank Redemption Revealed: How One Story Keeps Hope Alive

A 25th anniversary history and celebration of The Shawshank Redemption, one of the most cherished American films of the late twentieth century and one of the finest movies made from a Stephen King story. The movie not only boasts a great story, it has a great backstory, starting with the dollar deal that eventually led King and co-stars Tim Robbins and Morgan Freeman to put their trust in a largely untested director making his first feature film. Although the film received mostly positive reviews on its release in September 1994, the box office was disappointing and it failed to win many awards. But as Andy tells Red in the film, "no good thing ever dies." The movie found new life, reaching an ever-growing audience on cable and home video (through word of mouth, it became one of the top-rented movies of 1995). Each year, The Shawshank Redemption rises in polls asking film fans to name their favorite movies. It has become nothing less than this generation's The Grapes of Wrath, an inspiring story about keeping hope alive in bleak times and under the most horrendous conditions.

A Preview for this title is currently not available.
More Books By Mark Dawidziak
View All