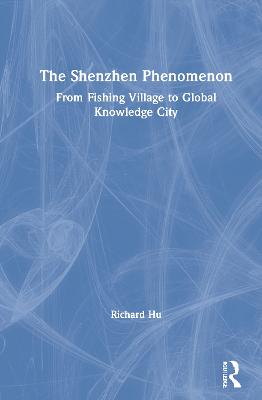 The Shenzhen Phenomenon: From Fishing Village to Global Knowledge City

The Shenzhen Phenomenon is a comprehensive and systematic study about how Shenzhen, the world's fastest growing city, has developed into an international metropolis from scratch within 40 years.

It unravels the decision and policy making, planning, design, and development processes that have enabled the city's rapid growth, and associated problems and paradoxes. It also reveals the politics and power that have propelled this experimental city to spearhead Deng Xiaoping's 'reform and opening-up' agenda, which has made the city and remade the nation. This book demystifies several long-held misperceptions through identifying Shenzhen's rise as an opportunity deriving from a crisis, as a product of both grassroots ingenuity and top vision, and as both a planned city and an unplanned city.

Produced on the 40th anniversary of Shenzhen, this timely volume not only offers a comprehensive and systematic chronicle of the city, but also opens a window to understand China's new city making and urbanisation. It will be of interest to academics, students and practitioners in the field of urban and Chinese studies, as well as urban planning and design.

Other Editions - The Shenzhen Phenomenon: From Fishing Village to Global Knowledge City by Richard Hu A Preview for this title is currently not available.
More Books By Richard Hu
View All