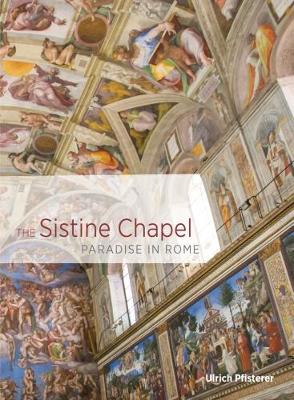 The Sistine Chapel - Paradise in Rome

Description - The Sistine Chapel - Paradise in Rome by Ulrich Pfisterer

The art of the Sistine Chapel, decorated by artists who competed with one another and commissioned by popes who were equally competitive, is a complex fabric of thematic, chronological, and artistic references. Four main campaigns were undertaken to decorate the chapel between 1481 and 1541, and with each new addition, fundamental themes found increasingly concrete expression. One overarching theme plays a central role in the chapel: the legitimization of papal authority, as symbolized by two keys-one silver, one gold-to the kingdom of heaven.

The Sistine Chapel: Paradise in Rome is a concise, informative account of the Sistine Chapel. In unpacking this complex history, Ulrich Pfisterer reveals the remarkable unity of the images in relation to theology, politics, and the intentions of the artists themselves, who included such household names as Botticelli, Michelangelo, and Raphael. Through a study of the main campaigns to adorn the Sistine Chapel, Pfisterer argues that the art transformed the chapel into a pathway to the kingdom of God, legitimizing the absolute authority of the popes. First published in German, the prose comes to life in English in the deft hands of translator David Dollenmayer.

A Preview for this title is currently not available.
More Books By Ulrich Pfisterer
View All