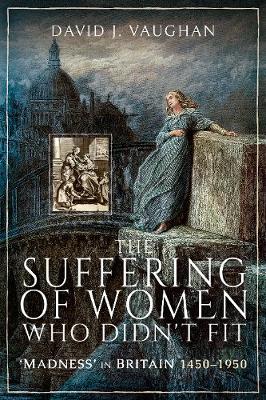 For over 500 years, women have suffered claims of mental decay solely on account of their gender. Frigid, insane, not quite there, a witch in sheep's clothing, labels that have cast her as the fragile species and destroyer of Man. This book reveals attitudes, ideas and responses on what was to be done with 'mad women' in Britain. Journey back into the unenlightened Middle Ages to find demonic possession, turbulent humours and the wandering womb. In the Puritan Age, when the mad were called witches and scolds ducked for their nagging. The age of Austen and a sense and sensibility created from her fragile nerves. Then descend into Victorian horrors of wrongful confinement and merciless surgeons, before arriving, just half a century past, to the Viennese couch and an obligation to talk. At the heart of her suffering lay her gynaecological make-up, driving her mad every month and at every stage of her life. Terms such as menstrual madness, puerperal insanity and 'Old Maid's Insanity' poison history's pages. An inescapable truth is now shared: that so much, if not all, was a male creation. Though not every medic was male, nor every male a fiend, misogynist thought shaped our understanding of women, set down expectations and 'corrected' the flawed. The book exposes the agonies of life for the 'second class' gender; from misdiagnosis to brutal oppression, seen as in league with the Devil or the volatile wretch. Touching no less than six centuries, it recalls how, for a woman, being labelled as mad was much less a risk, more her inevitable burden. AUTHOR: This is David J Vaughan's fourth published work of non-fiction (excluding reprints), and his second on the colourful issue of madness and society. Maintaining his ongoing blog, Mad, Bad and Desperate, gaining a regular audience now numbering thousands, his contributory pieces have graced printed magazines and online publications. With a career in academic and professional history, the former Assistant County Archaeologist for Wiltshire is now a full-time author, speaker, radio and TV presenter. 32 b/w illustrations A Preview for this title is currently not available.
More Books By David J. Vaughan
View All