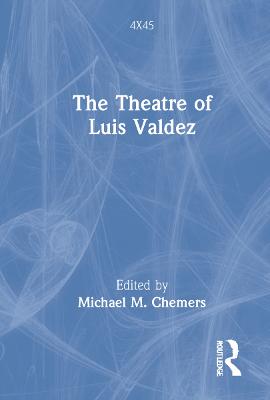 The Theatre of Luis Valdez

Description - The Theatre of Luis Valdez by Michael M. Chemers

The Theatre of Luis Valdez focuses on the life and work of American playwright and director Luis Valdez, probably best known for his landmark 1979 play Zoot Suit - the first play by a Latinx playwright to appear on Broadway - and founder of El Teatro Campesino, the oldest surviving community theatre in the United States.

Built around first-hand discussions of Valdez's work, this collection gives an in-depth understanding of where 'the godfather of Chicano theatre' fits in the grand scheme of American drama and performance. Collaborators Edward James Olmos and Alma Martinez talk about working with Valdez and El Teatro Campesino; scholar Leticia Garcia interviews Jorge Huerta, the leading authority on Chicanx and Latinx theatre on the impact of Valdez work; and Luis Valdez himself contributes a lecture on all aspects of his craft from political resistance and the migrant experience to actor training and dramatic form.

A concise and accessible study, 4x45 || Luis Valdez is the go-to resource for scholars, students and theatre practitioners looking for an introduction to this seminal figure in modern American performance.

Other Editions - The Theatre of Luis Valdez by Michael M. Chemers 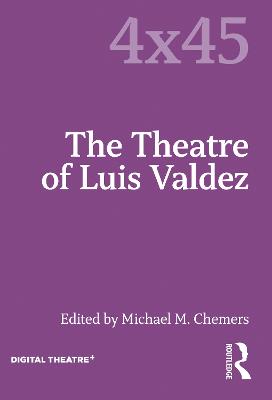 A Preview for this title is currently not available.
More Books By Michael M. Chemers
View All