The Violent Abuse of Women in 17th and 18th Century Britain

Although the worlds of science and philosophy took giant strides away from the medieval view of the world, attitudes to women did not change from those that had pertained for centuries. Girls were largely barred from education - only around 14% of women could read and write by 1700 - and the few educated women were not permitted to enter the professions. The social turbulence of the first half of the seventeenth century afforded women new opportunities and new religious freedoms and women were attracted into the many new sects where they were afforded a voice in preaching and teaching. This reaction often found expression in the violent and brutal treatment of women who were seen to have stepped out of line, whether legally, socially or domestically. Often beaten and abused at home by husbands exercising their legal right, they were whipped, branded, exiled and burnt alive by the courts, from which their sex had no recourse to protection, justice or restitution. This work records the many kinds of violent physical and verbal abuse perpetrated against women in Britain and her colonies, both domestically and under the law, during two centuries when huge strides in human knowledge and civilisation were being made in every other sphere of human activity. AUTHOR: Geoff is a retired Member of the Institute of Risk Management and the Business Continuity Institute, London, with working experience in twenty-three countries, often in dangerous and/or challenging environments. Assignments have ranged from international financial organisations to national governments and security agencies. For more than thirty years, Geoff was a UK qualified private pilot of both single and twin-engined aircraft, amassing hundreds of hours flying both modern and vintage aircraft, with thirty-three aircraft types in his log book, including several ex-RAF marques. 32 b/w illustrations 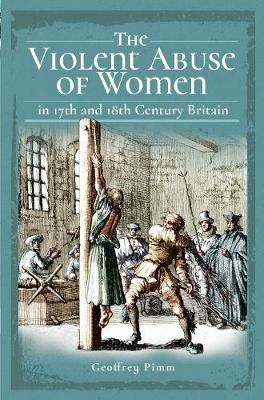 A Preview for this title is currently not available.
More Books By Geoffrey Pimm
View All