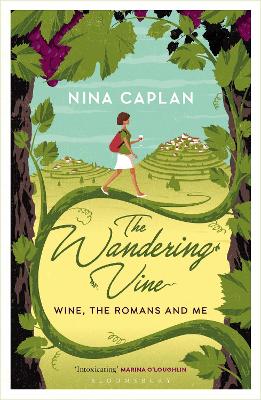 The Wandering Vine: Wine, the Romans and Me

Description - The Wandering Vine: Wine, the Romans and Me by Nina Caplan

England is a nation of wine lovers and wine drinkers - but how much do we know about the wine we drink, how it got here and where it came from? What are the stories behind each glass of Bordeaux, Rioja or Gewurztraminer that we find ourselves quaffing happily in the country's wine bars?

Nina Caplan, award-winning wine and travel writer, goes in search of the founding myths of our oenophilic civilisation. Her journey takes her from a very personal case of her father's champagne arriving at her doorstep in Essex in 2003, through Northern France, Champagne, the Rhone, into Northern Spain, Andalucia and on into Sicily, and finally to Rome where it all began - when the Romans cultivated the first vines, eventually brought to England by their Celtic adversaries, the Gauls.

Following the Roman Empire she sets out from England, one of the best places to buy wine in the world but only now beginning to make fine wines ourselves - from there to Burgundy, home of the Aedui tribe; on to the French medieval monasteries where the monks' need for wine for the Eucharist led to a profound knowledge of viticulture; through Avignon, home for many years to wine-loving popes in exile; Bordeaux, where English tastes were fed by French vines; Barcelona and Granada where one of the oldest parts of the Alhambra still contains the Puerta del Vino or 'Wine Gate'. Finally Nina arrives in Rome, seat of wine-loving Emperors and birthplace of an Empire that conquered half the known world.

A heady blend of history, culture, food & drink - this is narrative travel writing at its absolute best.

Buy The Wandering Vine: Wine, the Romans and Me by Nina Caplan from Australia's Online Independent Bookstore, BooksDirect.

Other Editions - The Wandering Vine: Wine, the Romans and Me by Nina Caplan 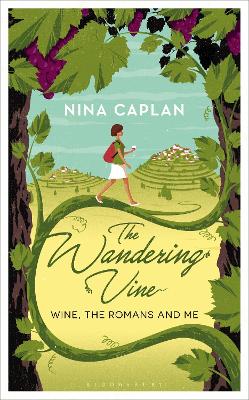 A Preview for this title is currently not available.
More Books By Nina Caplan
View All