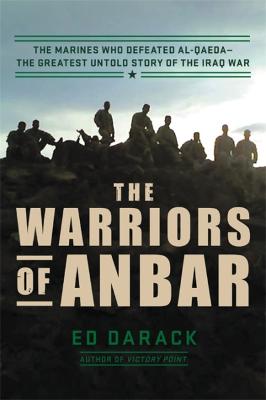 The Warriors of Anbar: The Marines Who Crushed Al Qaeda--the Greatest Untold Story of the Iraq War

Description - The Warriors of Anbar: The Marines Who Crushed Al Qaeda--the Greatest Untold Story of the Iraq War by Ed Darack

When the 2nd Battalion of the 3rd Marine Regiment (known as "2/3") arrived in Iraq five years to the day after 9/11, they were sent to a little-known swath of sparsely-populated desert called the Haditha Triad in Anbar province. It was the center of the most intense terrorist activity in Iraq-and it was being carried out by the well-organised and fearsome Al-Qaeda in Iraq (AQI). Into this cauldron 2/3 was thrown and given a nearly impossible double-sided mission: eradicate the enemy and build trust with the local population. After six months of gruelling and exhausting battle-and the loss of twenty-four brave, dedicated fighters-the warriors of 2/3 had utterly crushed the enemy and brought stability and hope to the region.In vivid, you-are-there style, The Warriors of Anbar takes readers onto the front lines of one of the most incredible stories to come out of America's war in Iraq- the story of how one Marine battalion decisively wielded the final, enduring death strike to Al-Qaeda in Iraq. Despite its historical importance, the full story of 2/3 in Iraq has remained untold-until now.

A Preview for this title is currently not available.
More Books By Ed Darack
View All