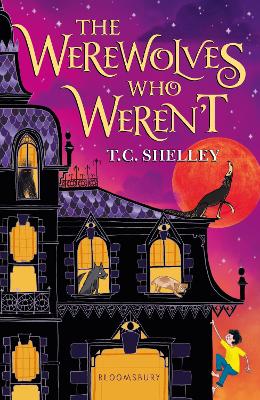 The Werewolves Who Weren't

Description - The Werewolves Who Weren't by T.C. Shelley

The magical follow-up to The Monster Who Wasn't. The second book in this brilliantly rich and strange fantasy series will make us all believe in monsters - be they good, bad or somewhere in between.

Sam might be half-monster and half-fairy, but since finding a loving family with the Kavanaghs, his daily life has been all human. And now he's facing one of the greatest human challenges - starting secondary school.

But Sam barely has time to worry about the strange stuff teachers say (why do they call it the Great War when it sounds like was anything but great?) before he is thrust back into the world of monsters. Sam's school friends Amira, Hazel and Wilfred reveal that they are shifters: noble twin-souled beings who live half their lives as humans and the other half as dogs. When his new friends are kidnapped one by one, Sam is dragged into an adventure that will force him to confront both halves of his own identity, monster and fairy, if he wants a chance at saving their lives ...