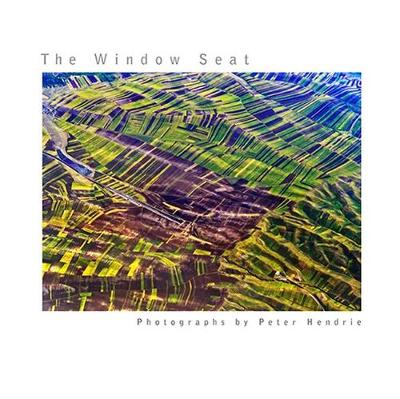 The photographs in this book were taken through the windows of commercial aircraft flying on scheduled routes. The planes differed greatly, varying from 10 to 50 seaters that fly around the more isolated locations of the South Pacific, South East Asia and the Australian Outback to the larger intercontinental airplanes that carry 400 - 500 passengers. As with many projects this one didn't start with the idea of doing a book of photographs through the windows of planes. I had always paid the higher price to get the best cameras and lenses available so I wasn't inclined to photograph through scratched and worn plexiglass. Most of my photographs from the air had been taken from small planes and helicopters with the window open or the door taken off. This project began in the early 1980's when I was taking photographs with Bush Pilots, a small regional airline based in North Queensland. They flew to small settlements and towns on Cape York and the Torres Strait -- such as Edward River, Weipa, Thursday Island and the then exclusive island resort of Lizard Island on the outer Great Barrier Reef. I did several of these trips, trading my photographs for flights and accommodation. Bush Pilots, later changed it's name to Air Queensland and operated a small fleet of Douglas DC3 aircraft. The DC3 was the world's first successful airliner, one of the classic game-changing aircraft of all time, not unlike the way the Jumbo jet expanded flying in the 1970's. All but 25 of the 300 airplanes operating commercially in the USA in the late 1940's were these twin engine, propeller-driven DC3's. They weren't pressurised, flew slowly at a low altitude and they had large rectangular windows, which were ideal for shooting photographs. The DC3 was extremely reliable and could land and take off from short, often less than ideal runways. Manufactured from 1935 until the end of WW11 these surplus planes were the workhorse for many years of the global aviation industry. One DC3 in the Bush Pilots fleet had been used to fly Britain's King George VI, around the Mediterranean during WWII. The photographs on pages 38 and 90 are from this project. Since the days of the DC3 the manufacture and composition of the airplane window has changed dramatically. Gone are the rectangular windows used in the ill-fated Comet airliner which, together with metal fatigue, was found to have caused two disastrous crashes in the late 1950's. The corners on the rectangular window were structurally weak. The windows on modern aircraft are now oval shaped, and the various panels and complex polycarbonates and perspex used in their manufacture make them somewhat optically complex. I now appreciate the different qualities these windows make possible -- sometimes there are soft colours with small areas standing out sharply and much depends on the different angles that the light comes through the window panels. I photographed through the windows of airliners when there was no alternative as there were no planes or helicopters available to charter on my limited budget and, many times, none were available on any budget. This was in places such as the Solomon Islands, Vanuatu, Kingdom of Tonga and other locations in the South Pacific, Outback Australia and in South East Asia. I traveled regularly to Tokyo in the late 1980's and I would take the over-night flight home and sit in a rear seat at the back of the airliner on the left-hand side, so I could photograph the sunrise over the Pacific. When I flew across the USA to New York in the 1990's I would also take some shots if I had a window seat and the conditions were right. It wasn't until 2015, when my son moved to Washington DC, that I started seriously photographing on the flights between the East and West coasts of the United States. While flying from New York and Washington DC to San Fransisco and Los Angeles, I had several good shoots and was well pleased with the results. I realised that, combined with the photographs taken since the DC3 Bush Pilots flights of the early 1980's, I had the beginnings of a collection. Since then I've taken nearly 50 additional journeys on commercial jetliners, and have made sure that I had a window seat on all of them.

A Preview for this title is currently not available.
More Books By Peter Hendrie
View All