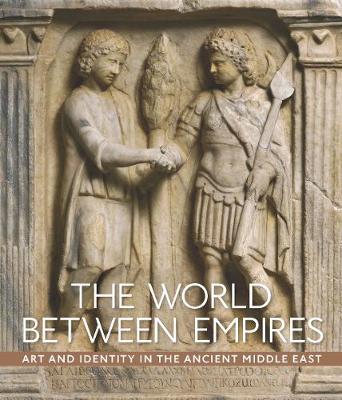 This publication examines the art and architecture of regions that served as major trade routes between the Roman and Parthian Empires from 100 B.C. to A.D. 250. The book examines the cultural histories of cities including Petra, Baalbek, Palmyra, Dura-Europos, and Hatra together for the first time, capturing the intricate web of influence that emerged in the Ancient Middle East through the exchange of goods and ideas across the region. Works illustrated and discussed include statues, coins, reliefs, architectural elements and friezes, painted tiles and wall fragments, jewelry, textiles, and more. The World Between Empires is the definitive book on this subject, contextualizing the significance of these works on a local and global scale, including a thoughtful discussion of recent cultural heritage destruction and preservation efforts in the region, particularly in Iraq, Syria, and Yemen, and the role of museums.

Buy The World between Empires - Art and Identity in the Ancient Middle East by Blair Fowlkes-childs from Australia's Online Independent Bookstore, BooksDirect.