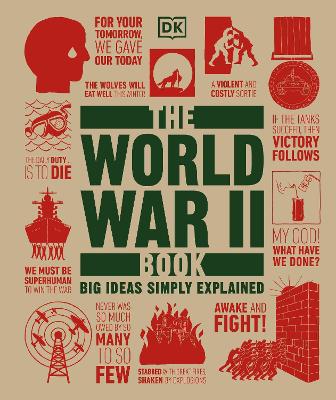 Using the original, graphic-led approach of the series, entries profile more than 90 of the key ideas and events during and surrounding the conflict - from the rise of Hitler and Fascism in the 1930s to Pearl Harbor, the D-Day landings, and the bombing of Hiroshima to the founding of the State of Israel in 1948.

Offering a uniquely compelling, accessible, and immediate history of the war, The World War II Book shows how key battles, political and economic forces, individual leaders, and technological advances influenced the course of the conflict.