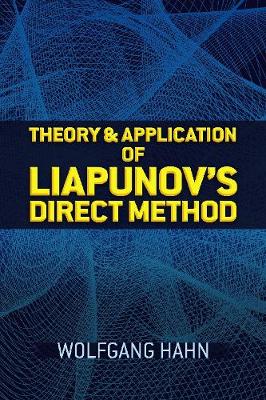 The groundbreaking work of Russian mathematician A. M. Liapunov (1857 1918) on the stability of dynamical systems was overlooked for decades because of political turmoil. During the Cold War, when it was discovered that his method was applicable to the stability of aerospace guidance systems, interest in his research was rekindled. It has remained high ever since. This monograph on both the theory and applications of Liapunov's direct method reflects the work of a period when the theory had been studied seriously for some time and reached a degree of completeness and sophistication. It remains of interest to applied mathematicians in many areas. Topics include applications of the stability theorems to concrete problems, the converse of the main theorems, Liapunov functions with certain properties of rate of change, the sensitivity of the stability behavior to perturbations, the critical cases, and generalisations of the concept of stability. AUTHOR: Wolfgang Hahn (1911 98) was on the faculty of Braunschweig University of Technology in Germany.

A Preview for this title is currently not available.
More Books By Wolfgang Hahn
View All