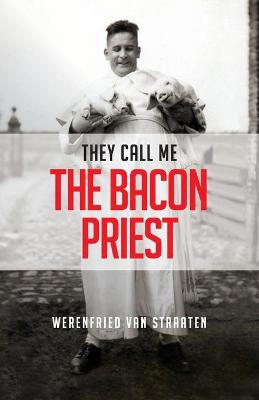 They Call Me the Bacon Priest

Description - They Call Me the Bacon Priest by Werenfried Van Straaten

This is the powerfully moving story of how a young Norbetine priest, by orders from his superiors, left the silence of the Abbey in Belgium in 1947 to find some way to relieve the distress of the Catholic people in Germany who had been left abandoned after World War II. He went on to found the organisation Aid to the Church in Need, an international foundation dedicated to the spiritual and pastoral support of suffering and persecuted Christians.

Fondly nicknamed "the bacon priest", Fr Werenfried - with only an old hat for begging, a strong faith and a heart full of love - begged for, received and gave away over $3 billion across some fifty years until his death in 2003.

Churches, convents, chapel-trucks, shelters for the homeless, books, medication and tens of thousands of young refugees studying for the priesthood are the tangible witnesses to the effort and self-denial engendered by Fr Werenfried through the spoken and written word. The fruits of this have fed, fortified, encouraged and consoled countless numbers of Christians from Russia to Ghana and from Vietnam to Brazil.

This is a fascinating story of a modern apostleship of practical love, led by one of the most impressive mendicant preachers of the twentieth century.