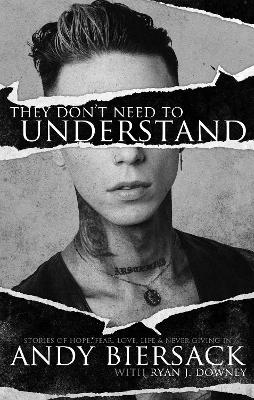 They Don't Need to Understand: Stories of Hope, Fear, Family, Life, and Never Giving In

Description - They Don't Need to Understand: Stories of Hope, Fear, Family, Life, and Never Giving In by Andy Biersack

Andy Biersack (aka Andy Black and Andy Six) is the lead singer of the glam-metal band the Black Veil BridesEvery single album they released has made at least the top 40 of the BillboardTheir song "In The End" went Gold, and hit number 11 in BillboardBiersack released two solo albums under the name Andy Black, which had one song peak at number 22 in the BillboardIn 2011, Andy was named one of Revolver'sHe won Revolver Magazine'sHe also won Kerrang!And in 2012, he was voted number 4 in Kerrang!'s 50 Greatest Rock Stars in the World Today

A Preview for this title is currently not available.
More Books By Andy Biersack
View All