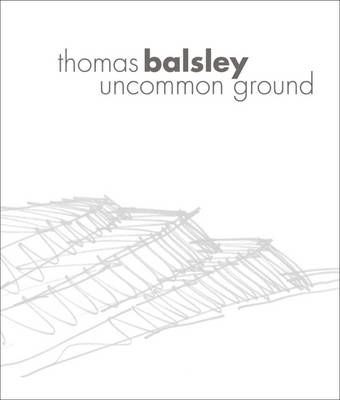 Thomas Balsley is a renowned American landscape architect whose NYC-based studio is responsible for some of the most notable and richly awarded spaces throughout the U.S. and Far East. This volume of selected works displays the sweeping range of that work over the past 25 years; consisting of public and private parks, plazas, campuses, and waterfronts and attests to the extraordinary level of design excellence that has defined his international reputation and that of his studio. Working in the margins of the city grid, scraps of land and post-industrial waterfronts, his unique fusion of nature, culture and process have produced vibrant public spaces, urban miracles both large and small, provocative and sublime, and has established himself as a leader in his field and champion of the sustainable and liveable urban environment. His award-winning and iconic designs can be found in Dallas Main Street Garden, Cleveland's Perk Park, Tampa's Curtis Hixon Park, Tokyo's Gate City and World Trade Centers in Osaka and Guiyang, China. In NYC alone, his robust portfolio of over one hundred landscapes includes 13 blocks along the Hudson River called Riverside Park South, Gantry Park, Hunter's Point South along the East River across from the United Nations, Peggy Rockefeller Plaza, and Balsley Park on Manhattan's 57th Street, named in his honour. His teaching and speaking engagements at Harvard's GSD, University of Pennsylvania, the National Building Museum, Seoul National University, etc., together with a wealth of media exposure and publications, including 'Thomas Balsley: The Urban Landscape', have exposed his work to a broader international audience. Tom has recently been selected to become the 13th recipient of the coveted ASLA Design Medal in recognition of his body of exceptional design work at a sustained level. Text in English and Chinese.