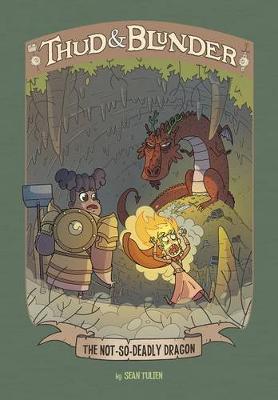 Village Town is in flames and a red dragon is to blame! The flames have been spilling down the side of Mount Mountain for days now, and Thud and Blunder are sick and tired of putting out fires. So these two nine-year-old knights take up arms and march up the mountain to slay the dreaded Deadly Dragon, Thermathraxxitalicus (or "Thermy" for short). But when they come face to face with the fiery beast...he bursts into tears! Can Thud and Blunder figure out what's wrong with this whiney dragon before their entire town is turned to ash? Nothing is what it seems in this fantasy adventure series of early chapter books! AGES: 6-9 AUTHOR: Sean Tulien works as a children's book editor in Minnesota. In his free time, Sean likes to read, eat sushi, exercise outdoors, listen to loud music, play with his quirky bunny, Habibi, and his curious hamster, Buddy, and spend time with his brilliant wife, Nicolle. When he's not doing all that stuff, Sean loves to writes books like this one. ILLUSTRATOR: Pol Cunyat was born in 1979 in Sant Celoni, a small village near Barcelona, Spain. As a child, Pol always dreamed of being an illustrator. So he went to study illustration in "Escola De Comic Joso de Barcelona" and "Escola D'Art, Serra i Abella de L'Hospitalet." Now, Pol makes a living doing illustration work for various publishers and studios. Pol's dream has come true, but he will never stop dreaming. 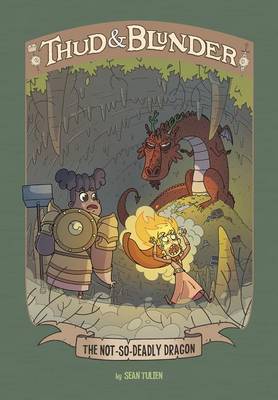