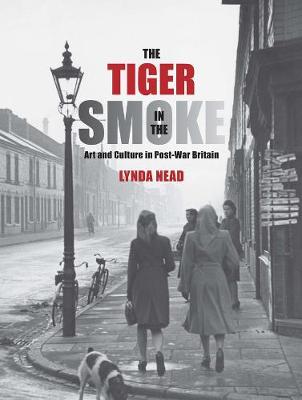 The Tiger in the Smoke

Art and Culture in Post-War Britain

Description - The Tiger in the Smoke by Lynda Nead

Taking an interdisciplinary approach that looks at film, television, and commercial advertisements as well as more traditional media such as painting, The Tiger in the Smoke provides an unprecedented analysis of the art and culture of post-war Britain. Art historian Lynda Nead presents fascinating insights into how the Great Fogs of the 1950s influenced the newfound fashion for atmospheric cinematic effects. She also discusses how the widespread use of color in advertisements was part of an increased ideological awareness of racial differences. Tracing the parallel ways that different media developed new methods of creating images that variously harkened back to Victorian ideals, agitated for modern innovations, or redefined domesticity, this book's broad purview gives a complete picture of how the visual culture of post-war Britain expressed the concerns of a society that was struggling to forge a new identity.

Buy The Tiger in the Smoke by Lynda Nead from Australia's Online Independent Bookstore, BooksDirect.

A Preview for this title is currently not available.
More Books By Lynda Nead
View All