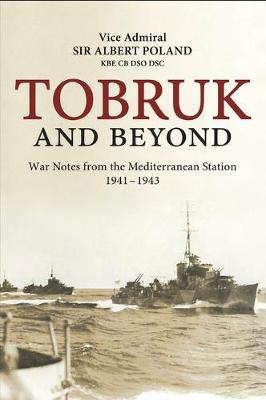 War Notes from the Mediterranean Station 1941-1943

Description - Tobruk and Beyond by Albert and Poland, Peter Poland

An illustrated collection of personal records from the Mediterranean theatre of the Second World War. Vice Admiral Sir Albert Poland arrived in Tobruk in March 1941, just weeks before the siege commenced. Initially tasked with commanding the supply ships that served the British Army during the North Africa campaign, he went on to command a Destroyer flotilla, in actions commended personally by Winston Churchill. This book is a compilation of his journal entries, writings on the war, correspondence between him and superiors, as well personal photographs. This collection has been put together by his son, a former Commander in the Royal Navy.

Buy Tobruk and Beyond by Albert and Poland, Peter Poland from Australia's Online Independent Bookstore, BooksDirect.