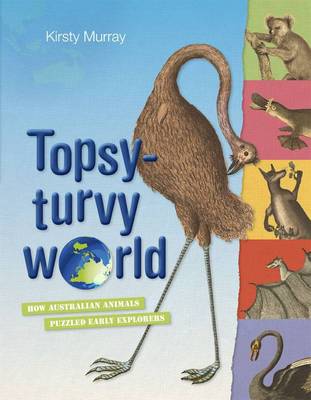 To the first Europeans who came to Australia, everything seemed topsy turvy. Christmas was in the summer and trees shed their bark but not their leaves. And the animals were bizarre. There was a bird that laughed like a donkey and a type of greyhound that bound along on its hind legs like a hare. There was an animal in Tasmania whose nocturnal screeches sounded like the devil and a river creature that had a duck's bill at one end and a beaver's tail at the other. The Europeans had never seen anything like these animals before and gave them names similar to those of the European creatures they already knew. They drew and painted odd pictures of them, showing they did not understand the animals' habits. In one illustration, a wombat is standing on its back legs and in another a Tasmanian tiger is wrestling with a platypus of the same size.