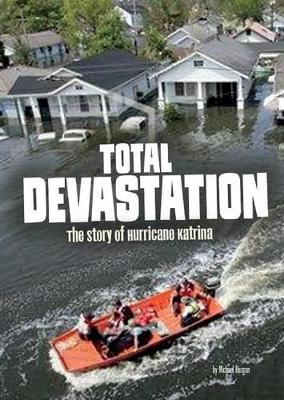 In an immersive, exciting narrative nonfiction format, this powerful book follows a selection of people who experienced the events of Hurricane Katrina. AGES: 9-12 AUTHOR: Michael Burgan has written numerous books for children and young adults during his nearly 20 years as a freelance writer. Many of his books have focused on U.S. history, geography, and the lives of world leaders. He has also written fiction and adapted classic novels. Michael has won several awards for his writing, and his graphic novel version of the classic tale Frankenstein (Stone Arch Books) was a Junior Library Guild selection. Michael has also worked as an editor at Weekly Reader, the classroom news magazine used in schools across the United States. Michael graduated from the University of Connecticut with a bachelor's degree in history. When not writing for kids, he enjoys writing plays, and his works have been staged across the United States. SELLING POINTS: Hits the sweet spot between narrative nonfiction picture books for young readers and adult nonfiction Great for lovers of the popular You Choose series, which has sold more than 2 million copies.

Other Editions - Total Devastation: The Story of Hurricane Katrina by ,Michael Burgan