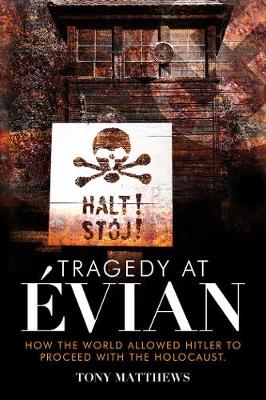 Tragedy at Evian: How the World Allowed Hitler to Proceed with the Holocaust

Description - Tragedy at Evian: How the World Allowed Hitler to Proceed with the Holocaust by Tony Matthews

In July 1938 the United States, Great Britain and thirty other countries participated in a vital conference at Evian-les-Bains, France, to discuss the persecution and possible emigration of the European Jews, specifically those caught under the anvil of Nazi atrocities. However, most of those nations rejected the pleas then being made by the Jewish communities, thus condemning them to the Holocaust.

There is no doubt that the Evian conference was a critical turning point in world history. The disastrous outcome of the conference set the stage for the murder of six million people. Today we live in a world defined by turmoil with a disturbing rise of authoritarian governments and ultra right-wing nationalism. The plight of refugees is once more powerfully affecting public attitudes towards those most in need. Now, on the 75th anniversary of the liberation of Auschwitz and the end of the Second World War, it's time to reflect on the past to ensure we never again make the same mistakes.

Tragedy at Evian also shines a spotlight on some of the astonishing and courageous stories of heroic efforts of individuals and private organisations who, despite the decisions made at Evian, worked under extremely dangerous conditions, frequently giving their own lives to assist in the rescue of the Jewish people.

Buy Tragedy at Evian: How the World Allowed Hitler to Proceed with the Holocaust by Tony Matthews from Australia's Online Independent Bookstore, BooksDirect.

Other Editions - Tragedy at Evian: How the World Allowed Hitler to Proceed with the Holocaust by Tony Matthews 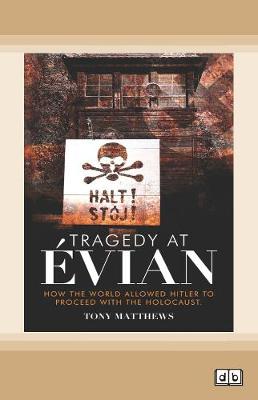 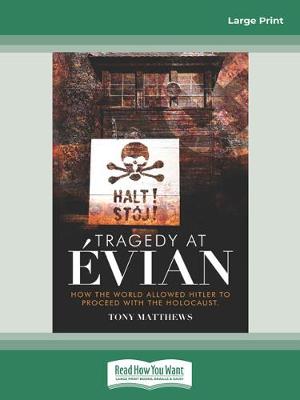 A Preview for this title is currently not available.
More Books By Tony Matthews
View All