Writing for a Dual Audience of Children and Adults

Transcending Boundaries: Writing for a Dual Audience of Children and Adults is a collection of essays on twentieth-century authors who cross the borders between adult and children's literature and appeal to both audiences. This collection of fourteen essays by scholars from eight countries constitutes the first book devoted to the art of crosswriting the child and adult in twentieth-century international literature. Sandra Beckett explores the multifaceted nature of crossover literature and the diverse ways in which writers cross the borders to address a dual readership of children and adults. It considers classics such as Alice's Adventures in Wonderland and Pinocchio, with particular emphasis on post-World War II literature. The essays in Transcending Boundaries clearly suggest that crossover literature is a major, widespread trend that appears to be sharply on the rise. 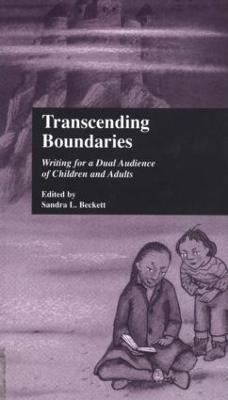 A Preview for this title is currently not available.
More Books By Sandra L. Beckett
View All