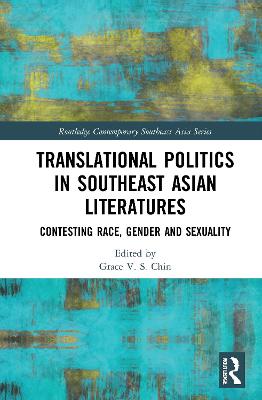 Highlighting the interconnections between Southeast Asia and the world through literature, this book calls for a different reading approach to the literatures of Southeast Asia by using translation as the main conceptual framework in the analyses and interpretation of the texts, languages, and cultures of the following countries: Cambodia, Malaysia, Singapore, Indonesia, Brunei Darussalam, and the Philippines.

Through the theme of "translational politics," the contributors critically examine not only the linguistic properties but also the metaphoric, symbolic, and semiotic meanings, images, and representations that have been translated across societies and cultures through local and global consumption and circulation of literature, (new) media, and other cultural forms. Using translation to unlock and decode multiple, different languages, narratives, histories, and worldviews emerging from Southeast Asian geo-literary contexts, this book builds on current scholarship and offers new approaches to the contestations of race, gender, and sexuality in literature, which often involve the politically charged discourses of identity, language, and representation.

At the same time, this book provides new perspectives and future directions in the study of Southeast Asian literatures. Exploring a range of literary and cultural products, including written texts, performance, and cinema, this volume will be a key resource for students and researchers interested in translation and cultural studies, comparative and world literature, and Southeast Asian studies.

A Preview for this title is currently not available.
More Books By Grace V. S. Chin
View All