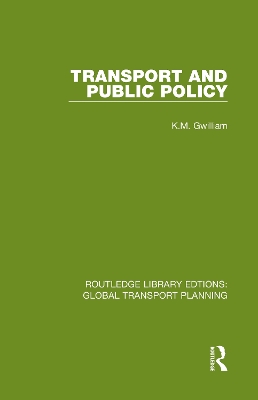 Originally published in 1964, this book assesses the role of government and its agencies in the transport sector and is aimed at economic students and those in the history transport planning. Part 1 sets up a framework of accepted economic principles concerning the efficient operation of a transport system. Part 2 traces the history of government intervention in transport and the latter part of the book examines complementarity and competition between different agencies and the problem of transport co-ordination. Many of the issues remain pertinent today: the conflict between rail and road and the political debates over ownership - privatization versus nationalization.

A Preview for this title is currently not available.
More Books By K.M. Gwilliam
View All