An incredible new thriller you won't want to put down!
A shocking murder...
It's a case unlike anything detective Mina Dabiri has seen before. A woman trapped inside a magician's box, with swords pierced through. But this time, it's not a magic trick. It's murder.

A case which twists and turns...
Knowing she has a terrifying killer on her hands, Mina enlists the help of celebrity mentalist, Vincent Walder. Only he can give her an insight into the secret world of magic and illusions.

A ticking clock to stop a serial killer...
Mina and Vincent soon discover that the murder victim has the roman numeral III engraved on her leg. The killer is counting down. There are going to be three more murders. And time is running out to stop them.

Other Editions - Trapped by Camilla Lackberg 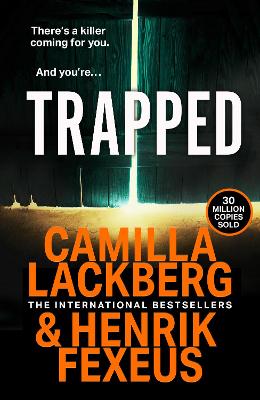 A Preview for this title is currently not available.
More Books By Camilla Lackberg
View All