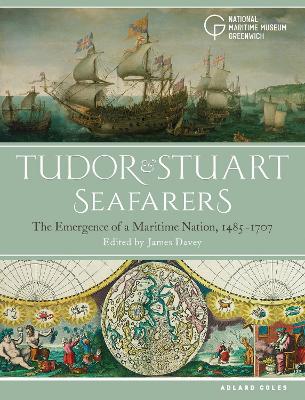 Tudor and Stuart Seafarers tells the compelling story of how a small island positioned on the edge of Europe transformed itself into the world's leading maritime power. In 1485, England was an inward-looking country, its priorities largely domestic and European. Over the subsequent two centuries, however, this country was transformed, as the people of the British Isles turned to the sea in search of adventure, wealth and rule. Explorers voyaged into unknown regions of the world, while merchants, following in their wake, established lucrative trade routes with the furthest reaches of the globe. At home, people across Britain increasingly engaged with the sea, whether through their own lived experiences or through songs, prose and countless other forms of material culture.

This exquisitely illustrated book delves into a tale of exploration, encounter, adventure, power, wealth and conflict. Topics include the exploration of the Americas, the growth of worldwide trade, piracy and privateering and
the defeat of the Spanish Armada, brought to life through a variety of personalities from the well-known - Elizabeth I, Sir Francis Drake and Samuel Pepys - to the ordinary sailors, dockyard workers and their wives and families whose lives were so dramatically shaped by the sea.

A Preview for this title is currently not available.
More Books By James Davey
View All