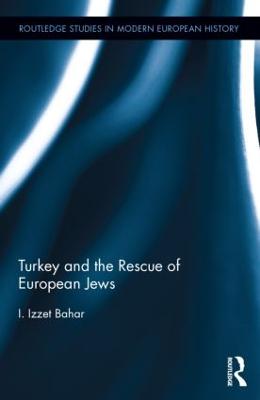 Turkey and the Rescue of European Jews

Description - Turkey and the Rescue of European Jews by I. Izzet Bahar

This book exposes Turkish policies concerning European Jews during the Hitler era, focusing on three events: 1. The recruitment of German Jewish scholars by the Turkish government after Hitler came to power, 2. The fate of Jews of Turkish origin in German-controlled France during WWII, 3. The Turkish approach to Jewish refugees who were in transit to Palestine through Turkey. These events have been widely presented in literature and popular media as conspicuous evidence of the humanitarian policies of the Turkish government, as well as indications of the compassionate acts of the Turkish officials vis-a-vis Jewish people both in the pre-war years of the Nazi regime and during WWII. This volume contrasts the evidence and facts from a wealth of newly-disclosed documents with the current populist presentation of Turkey as protector of Jews.

Buy Turkey and the Rescue of European Jews by I. Izzet Bahar from Australia's Online Independent Bookstore, BooksDirect.