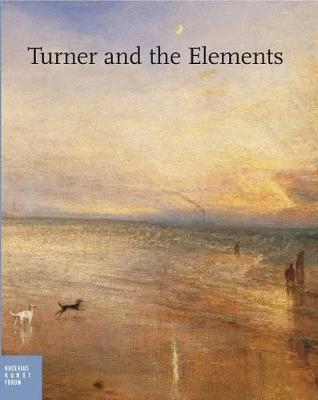 Turner and the Elements

Description - Turner and the Elements by Ortrud Westheider

A painter of the elements, J. M. W. Turner depicted in his landscapes natural forces such as wind, fire, and water with an emphasis on their considerable destructive power and man s raw vulnerability in the face of it. And be they storm scenes, avalanches, or disasters at sea, Turner s oil paintings and watercolors were also informed by contemporary research in the natural sciences.Conceived by the Bucerius Kunst Forum in Hamburg and edited by leading Turner experts, this volume comprises eighty-five masterpieces from the Tate Gallery in London that are also scheduled for the National Museum in Krakow and the UK s newly opened Turner Contemporary. The works presented here exemplify Turner s extensive knowledge of nature and the impact of its forces, garnered from a lifelong fascination, and show that important developments in the artist s technique over the course of several decades mirrored the many new scientific insights of the time. Especially significant is Turner s stunningly realistic depiction of light, which made many of his canvases seem to actually glow.With 150 lush, full-color illustrations, this volume shows how Turner s ever-deepening understanding of the natural world and of light in particular earned him his place in the pantheon of great European artists."

A Preview for this title is currently not available.
More Books By Ortrud Westheider
View All