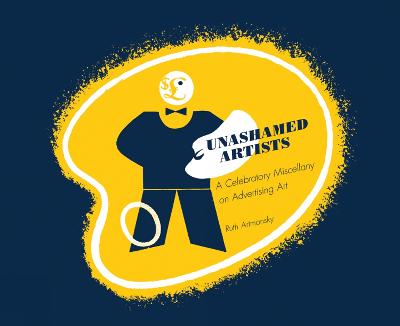 A Celebratory Miscellany of Advertising Art

'Unashamed Artists' is a miscellany of pieces of commercial art celebrating the contributions the artists made to the inter-war British graphic design scene For much of the 20th century it was customary for many artists, when finding themselves with family responsibilities, to turn reluctantly to commercial art for a living, whilst waiting to be recognised as "fine" artists. 'Unashamed Artists' is a celebration of those artists who saw commercial art as a valid outlet for their talents, and who felt that a commissioning brief stimulated rather constrained creativity; they were not only not ashamed, they were proud of what they had chosen to do. The book covers some 50 years of British commercial art from the 1920s and includes accounts of iconic work by such artists as Tom Purvis, Tom Eckersley, Austin Cooper, Eric Fraser, Frank Newbould, and Francis Marshall. AUTHOR: Ruth Artmonsky trained as a psychologist. On her retirement from her associate directorship of a leading psychometric consultancy she ran a small art gallery. She has written and published a number of books on British mid-20th century art. 100 colour 10 b/w

A Preview for this title is currently not available.
More Books By Ruth Artmonsky
View All