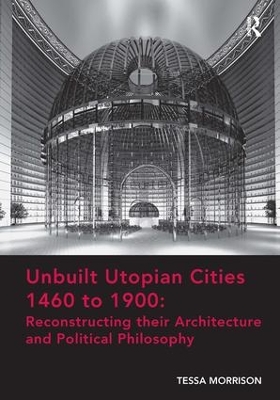 Unbuilt Utopian Cities 1460 to 1900: Reconstructing their Architecture and Political Philosophy

Bringing together ten utopian works that mark important points in the history and an evolution in social and political philosophies, this book not only reflects on the texts and their political philosophy and implications, but also, their architecture and how that architecture informs the political philosophy or social agenda that the author intended. Each of the ten authors expressed their theory through concepts of community and utopian architecture, but each featured an architectural solution at the centre of their social and political philosophy, as none of the cities were ever built, they have remained as utopian literature. Some of the works examined are very well-known, such as Tommaso Campanella's Civitas Solis, while others such as Joseph Michael Gandy's Designs for Cottages, are relatively obscure. However, even with the best known works, this volume offers new insights by focusing on the architecture of the cities and how that architecture represents the author's political philosophy. It reconstructs the cities through a 3-D computer program, ArchiCAD, using Artlantis to render. Plans, sections, elevations and perspectives are presented for each of the cities. The ten cities are: Filarete - Sforzina; Albrecht DA1/4rer - Fortified Utopia; Tommaso Campanella - The City of the Sun; Johann Valentin Andreae - Christianopolis; Joseph Michael Gandy - An Agricultural Village; Robert Owen - Villages of Unity and Cooperation; James Silk Buckingham - Victoria; Robert Pemberton - Queen Victoria Town; King Camp Gillette - Metropolis; and Bradford Peck - The World a Department Store. Each chapter considers the work in conjunction with contemporary thought, the political philosophy and the reconstruction of the city. Although these ten cities represent over 500 years of utopian and political thought, they are an interlinked thread that had been drawn from literature of the past and informed by contemporary thought and society. The book is structured in two parts:

Other Editions - Unbuilt Utopian Cities 1460 to 1900: Reconstructing their Architecture and Political Philosophy by Tessa Morrison 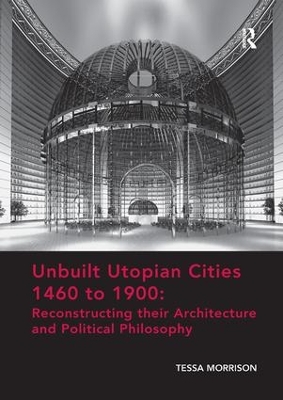 A Preview for this title is currently not available.
More Books By Tessa Morrison
View All