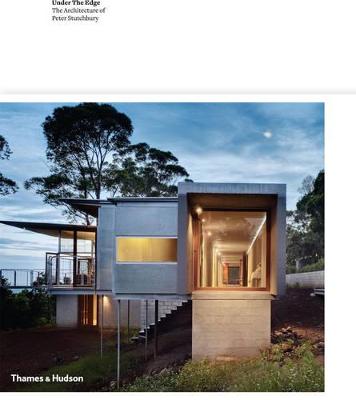 Under the Edge: The Architecture of Peter Stutchbury

Description - Under the Edge: The Architecture of Peter Stutchbury by Ewan McEoin

Peter Stutchbury's award-winning architecture continues to stimulate a new and increasing awareness of the potential for designing with the Australian landscape and its environment. His architecture has attracted international acclaim through his success in the 2008 International Living Steel Competition for extreme climate housing in Cherepovets, Russia, and his 'Wall House' in Japan for renowned fashion designer Issey Miyake. Stutchbury carries forward the mantle of great Australian 'masters' from whom he has learned, including Glenn Murcutt and Richard Leplastrier. This elegant book will bring his work to a greater audience. It includes critical essays on his work by his friends Richard Leplastrier and Professor Brit Andresen, and by Ingerid Helsing Almaas, Editor of Arkitektur N, the Norwegian Architectural Review. Stutchbury, in his own words and pictures, explains the underpinnings of his philosophy and practice. A collection of 'Projects in Brief' covers seminal works of his early practice. Fourteen major recent 'Projects in Detail' are presented with explanatory texts, sketches, plans and new photography, including his 'Invisible House' in the Blue Mountains, which won 2014 House of the Year. The book finishes with an illustrated chronology of all his works and a section on his working studio.

Buy Under the Edge: The Architecture of Peter Stutchbury by Ewan McEoin from Australia's Online Independent Bookstore, BooksDirect.

A Preview for this title is currently not available.
More Books By Ewan McEoin
View All