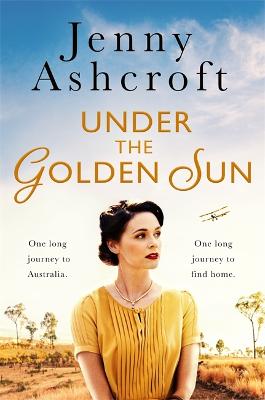 Under The Golden Sun

Description - Under The Golden Sun by Jenny Ashcroft

Jenny Ashcroft's writing is...'Mysterious' Dinah Jefferies'Moving' Tracy Rees'Emotional, evocative and enthralling' Kate Furnivall*Wanted: companion to escort a young, orphaned child home to Australia.All expenses as well as passage covered.Interested parties to apply without delay to 32 Williams Street, Belgravia.Rose Hamilton is in desperate need of a fresh start. There are so many reasons she should ignore the advertisement: the war, those treacherous seas, her family, her fiance... but she cannot help herself. Within weeks, she is boarding an enormous convoy, already too attached to five-year-old Walter Lucknow. But rural Queensland, and the cattle station home of Walter's parents, is not as either of them were told to expect. Rose cannot leave this little boy she's grown to love until he is happy, and she knows the key to this is Walter's wounded fighter pilot uncle Max. But how will she ever part with Walter? And what if he isn't the only reason she wants to stay?'An epic story of hope and heartbreak, exquisitely written. I raced through it, but didn't want it to end.' Iona Grey*Perfect for fans of Kirsty Manning, Dinah Jefferies, Victoria Hislop and Natasha Lester.

Other Editions - Under The Golden Sun by Jenny Ashcroft 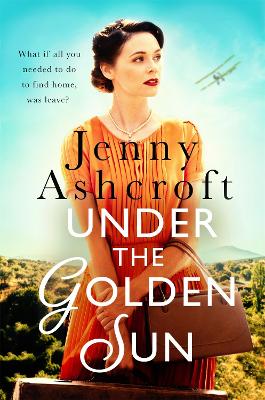 A Preview for this title is currently not available.
More Books By Jenny Ashcroft
View All