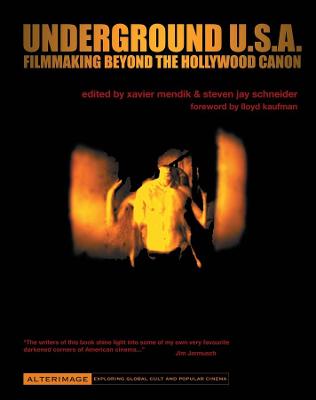 Whether defined by the carnivalesque excesses of Troma studios (The Toxic Avenger), the arthouse erotica of Radley Metzger and Doris Wishman, or the narrative experimentations of Abel Ferrara, Melvin Van Peebles, Jack Smith, or Harmony Korine, underground cinema has achieved an important position within American film culture. Often defined as "cult" and "exploitation" or "alternative" and "independent," the American underground retains separate strategies of production and exhibition from the cinematic mainstream, while its sexual and cinematic representations differ from the traditionally conservative structures of the Hollywood system. Underground U.S.A. offers a fascinating overview of this area of maverick moviemaking by considering the links between the experimental and exploitative traditions of the American underground.

A Preview for this title is currently not available.
More Books By Xavier Mendik
View All