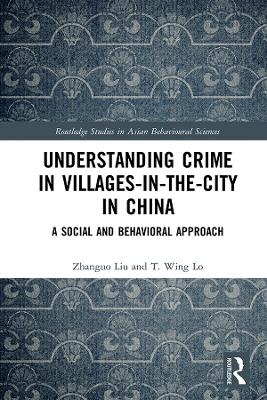 Understanding Crime in Villages-in-the-City in China: A Social and Behavioral Approach

Description - Understanding Crime in Villages-in-the-City in China: A Social and Behavioral Approach by Zhanguo Liu

Rapid urbanization of economic zones in China has resulted in a special social phenomenon: "villages-in-the-city." Underdeveloped villages are absorbed during the expansion of urban areas, while retaining their rustic characteristics. Due to the rural characteristics of these areas, social security is much lower compared with the urbanized city. This book uses Tang Village, a remote area in the Shenzhen Special Economic Zone, as an example to establish a comprehensive analytical framework by integrating existing crime theories in analyzing villages-in-the-city. The analysis covers the community, individual, and macro levels to detail the diverse social and behavioral factors causing crime at multiple levels. First, a brief history of the urbanization process of Tang Village is provided to establish how urban planning contributed to the issues in the village today. The authors go on to explain how socially disorganized communities dictate the crime hotspots and the common types of crime. The book examines other risk factors that may contribute to the level of crime such as weak social controls, building density, and floating populations of poor working-class migrants. The routine activities of victims, offenders, and guardians are examined. The book concludes with the current trends in the social structure within the villages-in-the-city and their expected outcome after urbanization.

Other Editions - Understanding Crime in Villages-in-the-City in China: A Social and Behavioral Approach by Zhanguo Liu A Preview for this title is currently not available.
More Books By Zhanguo Liu
View All