Description - The Unexpected Everything by Morgan Matson

Andie has a plan and she always sticks to the plan.
Future? A top tier medical school.
Dad? Avoid as much as possible (which isn't that hard considering he's a Congressman and never around).
Friends? Palmer, Bri, and Toby - pretty much the most awesome people on the planet, who needs anyone else?
Relationships? No one's worth more than three weeks.
So it's no surprise she's got her summer all planned out too.
Until a political scandal cancels her summer pre-med internship, and lands both her and Dad back in the same house for the first time in years. Suddenly she's doing things that aren't Andie at all - working as a dog walker, doing an epic scavenger hunt with her dad and maybe, just maybe, letting the super cute Clark in closer than expected. Palmer, Bri and Toby tell her to embrace all the chaos, but here's the thing ... can she?

Buy The Unexpected Everything by Morgan Matson from Australia's Online Independent Bookstore, BooksDirect.

Other Editions - The Unexpected Everything by Morgan Matson 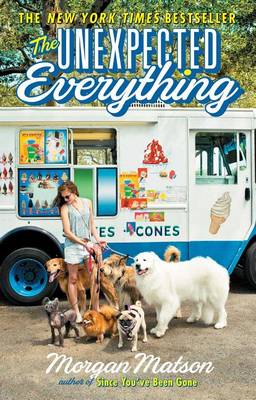