Union Renegades: Miners, Capitalism, and Organizing in the Gilded Age

In the late nineteenth century, Midwestern miners often had to decide if joining a union was in their interest. Arguing that these workers were neither pro-union nor anti-union, Dana M. Caldemeyer shows that they acted according to what they believed would benefit them and their families. As corporations moved to control coal markets and unions sought to centralize their organizations to check corporate control, workers were often caught between these institutions and sided with whichever one offered the best advantage in the moment. Workers chased profits while paying union dues, rejected national unions while forming local orders, and broke strikes while claiming to be union members. This pragmatic form of unionism differed from what union leaders expected of rank-and-file members, but for many workers the choice to follow or reject union orders was a path to better pay, stability, and independence in an otherwise unstable age. Nuanced and eye-opening, Union Renegades challenges popular notions of workers attitudes during the Gilded Age.

Other Editions - Union Renegades: Miners, Capitalism, and Organizing in the Gilded Age by Dana M. Caldemeyer 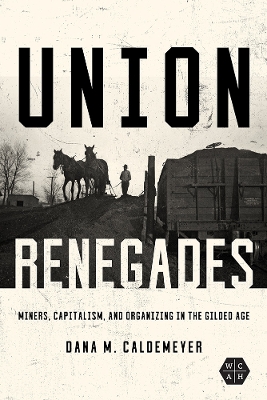 A Preview for this title is currently not available.
More Books By Dana M. Caldemeyer
View All