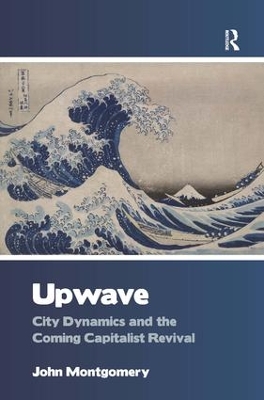 Countering the many claims that the best days of capitalism are over following the economic meltdown of 2008 onwards, this book provocatively argues that a new golden age of capitalism - or upwave - began around 2002, and despite the unstable markets in the western world of the past few years, this upwave will produce previously unseen levels of wealth creation during the next twenty years. Basing this theory on the commercialisation of new technologies and the growth of new markets, the author claims that these positive trends are key to economic recovery in the US, UK and Europe. It argues that the most serious problem facing some countries in the west is government debt and that macroeconomic policy is of limited use in flexible and adaptive economies, where innovation, entrepreneurship and private investment should be encouraged in a range of cities and city regions. This highly original book will interest those concerned with national economies, nation states and urban policy.

Other Editions - Upwave by John Montgomery A Preview for this title is currently not available.
More Books By John Montgomery
View All

The Israel of the Alps: A Complete History of the Waldenses of Piedmont and Their Colonies: Prepared in Great Part from Unpublished Documents; Volume 1
John Montgomery
Paperback , Oct '18
RRP: $75.84 $68.26