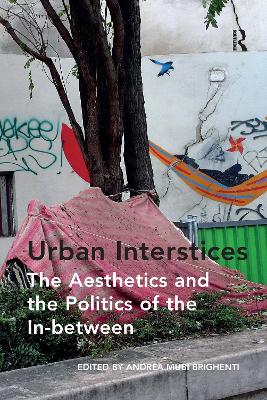 Urban Interstices: The Aesthetics and the Politics of the In-Between

Description - Urban Interstices: The Aesthetics and the Politics of the In-Between by Andrea Mubi Brighenti

Bringing together a team of international scholars with an interest in urban transformations, spatial justice and territoriality, this volume questions how the interstice is related to the emerging processes of partitioning, enclave-making and zoning, showing how in-between spaces are intimately related to larger flows, networks, territories and boundaries. Illustrated with a range of case studies from places such as the US, Quebec, the UK, Italy, Gaza, Iraq, India, and South-east Asia, the volume analyses the place and function of interstitial locales in both a 'disciplined' urban space and a disordered space conceptualized through the notions of 'excess', 'danger' and 'threat'. Warning not to romanticize the interstice, the book invites us to study it as not simply a place but also a set of phenomena, events and social interactions. How are interstices perceived and represented? What is the politics of visibility that is applied to them? How to capture their peculiar rhythms, speeds and affects? On the one hand, interstices open up venues for informality, improvisation, challenge, and bricolage, playful as well as angry statements on the neoliberal city and enhanced urban inequalities. On the other hand, they also represent a crucial site of governance (even governance by withdrawal) and urban management, where an array of techniques ranging from military urbanism to new forms of value extraction are experimented. At the point of convergence of all these tensions, interstices appear as veritable sites of transformation, where social forces clash and mesh prefiguring our urban future. The book interrogates these territories, proposing new ways to explore the dynamics, events and visibilities that define them.

Buy Urban Interstices: The Aesthetics and the Politics of the In-Between by Andrea Mubi Brighenti from Australia's Online Independent Bookstore, BooksDirect.

Other Editions - Urban Interstices: The Aesthetics and the Politics of the In-Between by Andrea Mubi Brighenti 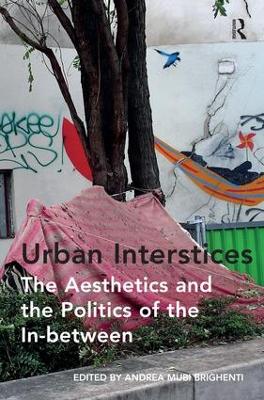 A Preview for this title is currently not available.
More Books By Andrea Mubi Brighenti
View All