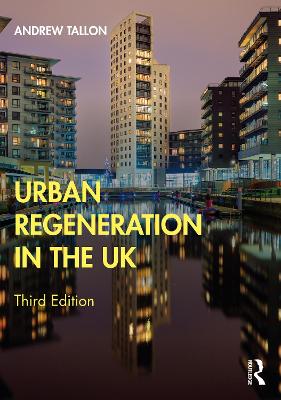 Urban Regeneration in the UK

Description - Urban Regeneration in the UK by Andrew Tallon

This textbook provides an accessible and critical synthesis of urban regeneration in the UK, incorporating key policies, approaches, issues, debates and case studies. The central objective of the textbook is to place the historical and contemporary regeneration agenda in context.

Section I sets up the conceptual and policy framework for urban regeneration in the UK. Section II traces policies that have been adopted by central government to influence the social, economic and physical development of cities, including early town and country and housing initiatives, community-focused urban policies of the late 1960s, entrepreneurial property-led regeneration of the 1980s, competition for urban funds in the 1990s, urban renaissance and neighbourhood renewal policies of the late 1990s and 2000s, and new approaches in the age of austerity during the 2010s. Section III illustrates the key thematic policies and strategies that have been pursued by cities themselves, focusing particularly on improving economic competitiveness and tackling social disadvantage. Section IV summarises key issues and debates facing urban regeneration upon entering the 2020s, and speculates over future directions in an era of continued economic uncertainty.

The Third Edition of Urban Regeneration in the UK combines the approaches taken by central government and cities themselves to regenerate urban areas. The latest ideas and examples from across disciplines and across the UK's urban areas are illustrated. This textbook provides a comprehensive and up-to-date synthesis that will be of interest to students, as well as a seminal read for practitioners and researchers.

Other Editions - Urban Regeneration in the UK by Andrew Tallon 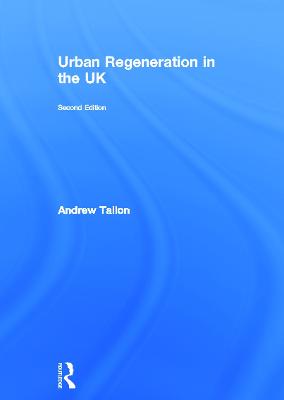 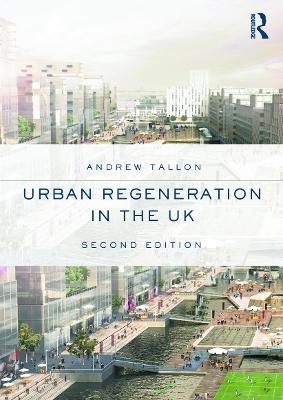 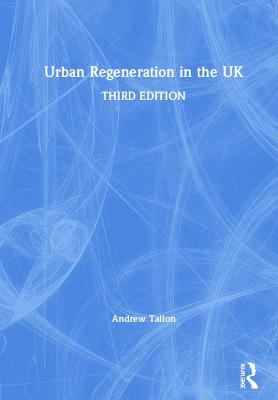 A Preview for this title is currently not available.
More Books By Andrew Tallon
View All