Definitions of urban entities and urban typologies are changing constantly to reflect the growing physical extent of cities and their hinterlands. These include suburbs, sprawl, edge cities, gated communities, conurbations and networks of places and such transformations cause conflict between central and peripheral areas at a range of spatial scales. This book explores the role of cities, their influence and the transformations they have undertaken in the recent past. Ways in which cities regenerate, how plans change, how they are governed and how they react to the economic realities of the day are all explored. Concepts such as polycentricity are explored to highlight the fact that cities are part of wider regions and the study of urban geography in the future needs to be cognisant of changing relationships within and between cities. Bringing together studies from around the world at different scales, from small town to megacity, this volume captures a snapshot of some of the changes in city centres, suburbs, and the wider urban region. In doing so, it provides a deeper understanding of the evolving form and function of cities and their associated peripheral regions as well as their impact on modern twenty-first century landscapes. 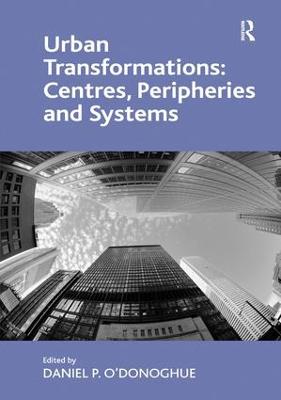 A Preview for this title is currently not available.
More Books By Daniel P. O'Donoghue
View All