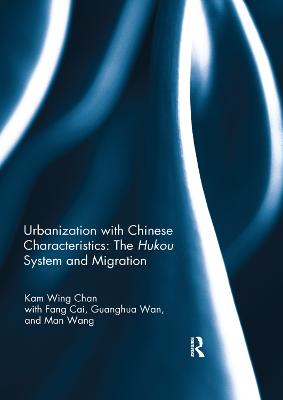 Urbanization with Chinese Characteristics: The Hukou System and Migration

Many agree that rapid urbanization in China in the late 20th and early 21st centuries is a mega process significantly reshaping China and the global economy. China's urbanization also carries a certain mystique, which has long fascinated generations of scholars and journalists alike. As it has turned out, many of the asserted Chinese feats are mostly fancied claims or gross misinterpretations (of statistics, for example). There does exist, however, an urbanization that displays rather uncommon "Chinese" characteristics that remain to inadequately understood. Building on his three decades of careful research, Professor Kam Wing Chan expertly dissects the complexity of China's hukou system, migration, urbanization and their interrelationships in this set of journal articles published in the last ten years. These works range from seminal papers on Chinese urban definitions and statistics; and broad-perspective analysis of the hukou system of its first semi-centennial; to examinations of migration trends and geography; and critical evaluations of China's 2014 urbanization blueprint and hukou reform plan. This convenient assemblage contains many of Chan's recent important works. Together they also form a relatively coherent set on this topic. They are essential readings to anyone serious about gaining a true understanding of the prodigious urbanization in contemporary China.

Other Editions - Urbanization with Chinese Characteristics: The Hukou System and Migration by Kam Wing Chan 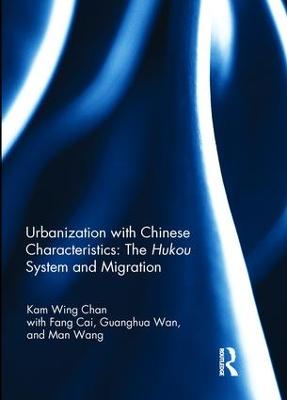 A Preview for this title is currently not available.
More Books By Kam Wing Chan
View All