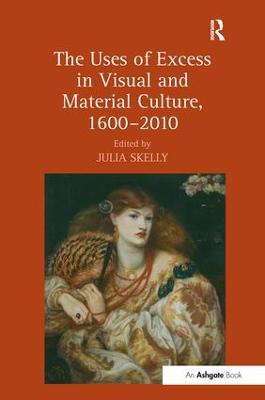 Description - The Uses of Excess in Visual and Material Culture, 1600-2010 by Julia Skelly

Directing unprecedented attention to how the idea of 'excess' has been used by both producers and consumers of visual and material culture, this collection examines the discursive construction of excess in relation to art, material goods and people in various global contexts. The contributors illuminate how excess has been perceived, quantified and constructed, revealing in the process how beliefs about excess have changed over time and how they have remained consistent. The collection as a whole underscores the fact that the concept of excess must always be considered critically, whether in scholarship or in lived experience. Although the idea of excess has often been used to shame and degrade, many of the essays in this collection demonstrate how it has also been used as a strategy for self-fashioning, transgression and empowerment, particularly by women and queer subjects. This volume examines a range of material, including diamonds, ceramics, paintings, dollhouses, caricatures, interior design and theatrical performances. Each case study sheds new light on how excess was used in a specific cultural context, including canonical sites of study such as the Netherlands in the eighteenth century, Victorian Britain and Paris in the 1920s, and under-studied contexts such as Canada and Sweden.

Buy The Uses of Excess in Visual and Material Culture, 1600-2010 by Julia Skelly from Australia's Online Independent Bookstore, BooksDirect.

Other Editions - The Uses of Excess in Visual and Material Culture, 1600-2010 by Julia Skelly 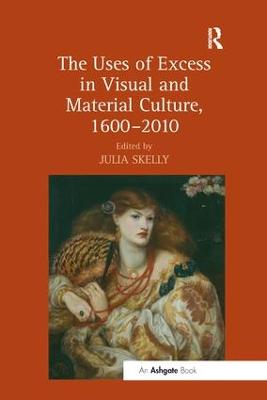 A Preview for this title is currently not available.
More Books By Julia Skelly
View All