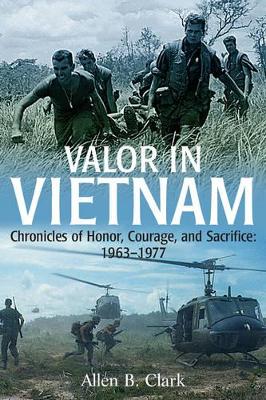 Description - Valor in Vietnam by Allen B. Clark

An anecdotal history of America's war in Vietnam composed of firsthand narratives by Vietnam War veterans Valor in Vietnam focuses on 19 stories of Vietnam, stories of celebrated characters in the veteran community, compelling war narratives, vignettes of battles, and the emotional impact on the combatants. It is replete with leadership lessons as well as valuable insights that are just as applicable today as they were 40 years ago. This is an anecdotal history of America's war in Vietnam composed of firsthand narratives by Vietnam War veterans presented in chronological order. They are intense, emotional, and highly personal stories. Connecting each of them is a brief historical commentary of that period of the war, the geography of the story, and the contemporary strategy written by Dr. Lewis "Bob" Sorley, West Point class of 1956, and author of A Better War. Valor in Vietnam presents an historical overview of the war through the eyes of participants in each branch of service and throughout the entire course of the war. Simply put, their stories serve to reflect the commitment, honour and dedication with which America's veterans performed their service. AUTHOR: Allen B. Clark graduated from the United States Military Academy at West Point in 1963. Two years later, in 1965, he volunteered for service in Vietnam and was assigned to the Fifth Special Forces Group. He was wounded in an early-morning mortar attack on the Dak To Special Forces camp on June 17, 1967, that necessitated the amputation of both legs below his knees. He lives outside Dallas in Plano, Texas, and is the author of Wounded Soldier, Healing Warrior. ILLUSTRATIONS; Photo section

Other Editions - Valor in Vietnam by Allen B. Clark 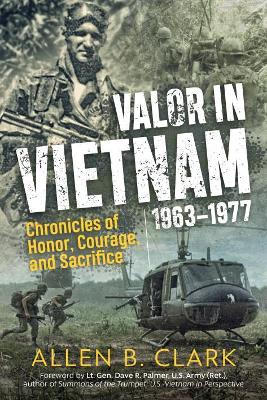 A Preview for this title is currently not available.
More Books By Allen B. Clark
View All