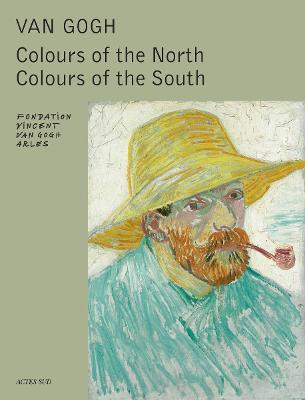 Vincent Van Gogh (1853-1890) is one of art history's greatest colourists. However, the first years of his career in Holland were above all influenced by the painters of the Barbizon and Hague schools, whose grey and gloomy palettes he emulated.

It was only when he moved to Paris in early 1886 that his work began to gradually change. In the capital he studied the works of Delacroix - his favourite artist - but also old masters, impressionists and the avant-garde of the era. Van Gogh also drew inspiration from Japanese art, especially highly coloured engravings on wood that he started collecting.

His palette gradually took on more colour under the influence of the chromatic theories he had already met in Holland, the meaning of which he now understood. In February 1888 Van Gogh set out for Arles, where he lived until early May 1889. Here his talent as a colourist flourished. The artist was fascinated by the light of the south and the intensity of colour he observed there. He combined all the sources of inspiration he had drew upon in Paris to create a very personal and expressive modern style. Following in Delacroix's footsteps, while drawing on Japanese art, he started using stark chromatic contrast along with a very dynamic brushstroke.

Van Gogh hoped to form an artists' community in Provence and Paul Gauguin joined him in Arles late October 1888. The pair worked together and influenced each other, but in late December their incompatible characters led to confrontation. Gauguin left, and Van Gogh's dream of an artist's community was shattered. Mental illness led him to the asylum of Saint-Remy, where he developed a less contrasting style. His work ceased to express the radiant colours and light of the south that he had found in Arles.

A Preview for this title is currently not available.
More Books By Sjraar Van Heugten
View All