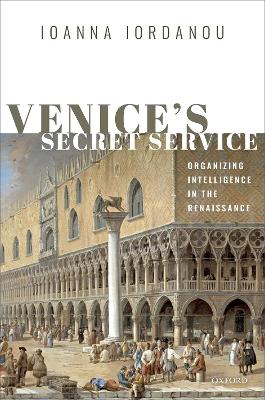 Venice's Secret Service is the untold and arresting story of the world's earliest centrally-organised state intelligence service. Long before the inception of SIS and the CIA, in the period of the Renaissance, the Republic of Venice had masterminded a remarkable centrally-organised state intelligence organisation that played a pivotal role in the defence of the Venetian empire. Housed in the imposing Doge's Palace and under the direction of the Council of
Ten, the notorious governmental committee that acted as Venice's spy chiefs, this 'proto-modern' organisation served prominent intelligence functions including operations (intelligence and covert action),
analysis, cryptography and steganography, cryptanalysis, and even the development of lethal substances. Official informants and amateur spies were shipped across Europe, Anatolia, and Northern Africa, conducting Venice's stealthy intelligence operations. Revealing a plethora of secrets, their keepers, and their seekers, Venice's Secret Service explores the social and managerial processes that enabled their existence and that furnished the foundation for an extraordinary intelligence
organisation created by one of the early modern world's most cosmopolitan states.

A Preview for this title is currently not available.
More Books By Ioanna Iordanou
View All