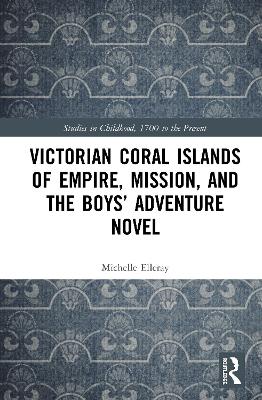 Attending to the mid-Victorian boys' adventure novel and its connections with missionary culture, Michelle Elleray investigates how empire was conveyed to Victorian children in popular forms, with a focus on the South Pacific as a key location of adventure tales and missionary efforts. The volume draws on an evangelical narrative about the formation of coral islands to demonstrate that missionary investments in the socially marginal (the young, the working class, the racial other) generated new forms of agency that are legible in the mid-Victorian boys' adventure novel, even as that agency was subordinated to Christian values identified with the British middle class. Situating novels by Frederick Marryat, R. M. Ballantyne and W. H. G. Kingston in the periodical culture of the missionary enterprise, this volume newly historicizes British children's textual interactions with the South Pacific and its peoples. Although the mid-Victorian authors examined here portray British presence in imperial spaces as a moral imperative, our understanding of the "adventurer" is transformed from the plucky explorer to the cynical mercenary through Robert Louis Stevenson, who provides a late-nineteenth-century critique of the imperial and missionary assumptions that subtended the mid-Victorian boys' adventure novel of his youth.