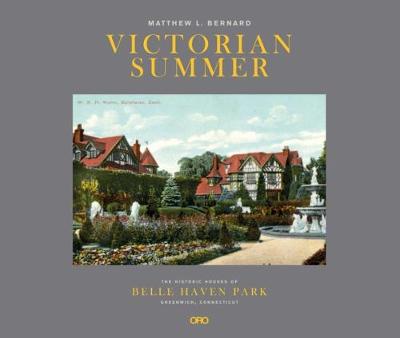 At the height of the Gilded Age, America s wealthiest families began to build luxurious summer cottages away from the grit and grime of New York, Boston, and Philadelphia in idyllic locales such as, Newport, Southampton, Tuxedo Park, and Lenox. Another place the new American aristocracy settled was in the peninsula of Belle Haven, Connecticut. The New York Times called it, the ower garden of Greenwich, and, indeed, of the whole Connecticut shore. Victorian Summer: The Architecture of Belle Haven Park, Greenwich, Connecticut, focuses on the rst great owering of Belle Haven, from 1884 1929. A period where the Gilded Age s most renowned architects designed masterpieces in many various styles all for the movers and shakers of the day. Each tells the story of a house, an architect, and the predominant owner. While some of these houses are, sadly, gone or unrecognizably changed, this book does the job of visually preserving them to their original glory." AUTHOR: Matthew Bernard moved, with his family, from California to Belle Haven in 1974. Always intrigued by residential architecture, he was fascinated by the stylistic idiosyncrasies of the home that his parents bought in Belle Haven, a waterfront Association in Greenwich, CT. Investigating the history of the house and it s architectural heritage evolved into a thirty year odyssey. What started as a self-styled research project evolved and expanded over the years into an exploration of the architectural heritage of the entire neighborhood and its early history as a Gilded Age summer resort for affluent social titans of the Victorian Era.