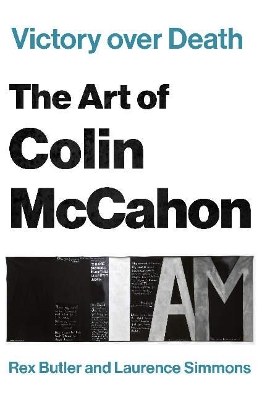 Victory over Death: The Art of Colin McCahon

Description - Victory over Death: The Art of Colin McCahon by Rex Butler

Perhaps at the origin of all thinking about culture lies the question of the afterlife. The artist makes their work hoping that it will live on after their death. The critic reads or looks at the work wondering whether a future audience will engage with it. Victory over Death: The Art of Colin McCahon takes up this question of the afterlife of the work of art by looking at the work of the New Zealand painter Colin McCahon, who is often described as one of the most important Australasian artists of the twentieth century. Imagine for a moment being a great artist in faraway and culturally marginal New Zealand in the 1950s. The audience for your work does not yet exist. You are destined to die unknown. So, what does McCahon do? He makes work - as do all the artists we remember - for a future audience. It is they who will grant him eternal life. It is they who will allow him to live on. In this, as McCahon well knew, he was like Jesus, who similarly lives on through his Apostles. And this act of religious transmission increasingly becomes the real subject of McCahon's work. Just as he becomes an Apostle of Christ, so we become Apostles of McCahon. And in so doing, McCahon tells us something profound about art, whose truth would lie not so much in what it tells us as in its act of telling.

McCahon's Victory over death 2 (1970), a huge black and white painting featuring the words 'I AM' and evocative of the cloudy mountains of New Zealand, is now in the National Gallery of Australia, where it and Jackson Pollock's Blue Poles (1952) are regarded as the two most significant works in the collection. It is a painting about the resurrection of Christ, but every time someone stands before the painting and looks at it is also McCahon who is granted a certain 'victory over death'. Victory over Death: The Art of Colin McCahon seeks to speak of this small miracle of art and the particular life or even afterlife it grants both the artist and their audience.

A Preview for this title is currently not available.
More Books By Rex Butler
View All