The Gulf War and its aftermath has testified once again to the significance placed on the meanings and images of Vietnam, by the US media and culture. Almost two decades after the end of hostilities, the Vietnam war remains a dominant moral, political and military touchstone in American cultural consciousness. Vietnam War Stories provides an introduction to ten key narratives, including personal accounts as well as novels. The work of, amongst others, Philip Caputo, Michael Herr, Tim O'Brien and Bobbi Ann Mason is located in the context of contemporary cinema and TV and a tradition of modern war literature from Crane and Hemingway to Mailer and Jones. By tracing cultural and literary themes generated by the conflict, Tobey Herzog charts the transformations undergone by US soldiers and by the American nation in their experience of modern war. He examines the John Wayne syndrome' of pre-war innocence through the heavy Heart of Darkness trip' of the conflict itself and beyond to the aftermath novels' of the post-war adjustment period. 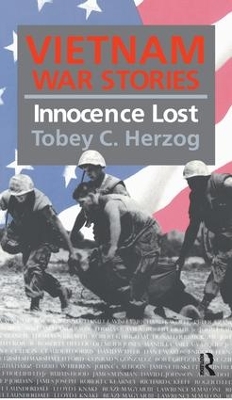 A Preview for this title is currently not available.
More Books By Tobey C. Herzog
View All